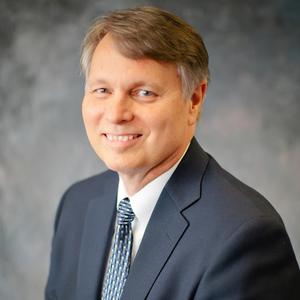 Bob Perry, a long-time member of the Gordon Cooper Technology Center family, was selected by the Gordon Cooper Board of Education to be Superintendent in the fall of 2018 and officially took over the position in July of 2019.

Perry, a Shawnee native, began his tenure in Career and Technology Education when he came to Gordon Cooper in 1995. Over his 26-year career, he served the school and the surrounding communities in several capacities including Assistant Superintendent of Business and Industry Services, Director of Adult Education and Business Development Coordinator.

He worked tirelessly to advance Career and Technology Education in Oklahoma. As a problem solver, Perry formed relationships with the area businesses that created advocates for the career tech system as a whole. He was instrumental in developing a career tech relationship with former Speaker of the House Kris Steele and continued discussions on skill center training as recently as January of 2021.

Prior to his time at GCTC, Perry worked in the private sector at his family’s local business, Perry & McGee Furniture Company, as Sales & Advertising Manager and General Manager. The Shawnee High School graduate received his undergraduate degree from Oklahoma Christian University and a master’s degree from East Central University.

Away from Gordon Cooper, Perry spent time with his family including his wife, two children and three grandchildren. He also penned several historical fiction novels and plays including The Broken Statue, Mimosa Lane, Brothers of the Cross Timber, Guilt’s Echo, Return from Wrath, The Nephilim Code, Lydie’s Ghost, For the Greater Good, Abigail’s Story, Redemption, The Beast of Chatsworth and Stories from the Heartland. His plays include The Broken Statue, Working Girls and A Cross Timber Adventure. Perry also wrote three non-fiction books including Leadership Dynamics, Spiritual Renewal: Transforming the Mind and The Great Railroad Strike of 1922: A City in Crisis.